I’d like to start by thanking all of the Co-op Members in Yorkshire and Humberside who voted for me in this year’s Members’ Council elections; you got me here and enabled me to start blogging again, thank you.

For those who aren’t that familiar with co-operative history, it will really help if you read the 5 points below before you read the report below:

2. Co-operatives are member-controlled and member-owned businesses.

3. The idea behind co-operatives is that instead of faceless institutions and investors buying the influence to control a business, ordinary people can pool their funds and resources to gain equal ownership rights and run a business for their shared benefit.

4. There are more than 7,000 independent co-operatives across the UK, 3 million across the world, they are run by: farmers, football fans, carers, freelancers, students, and many other people. There’s an amazing variety of co-operatives – but they all have one thing in common – co-operative values & principles.

5. Because large numbers of co-operatives are working together to achieve similar goals, this continued act of joining forces to make conditions fairer for all co-operatives is called the co-operative movement*.

* This is my high level summary and I know there are far more knowledgeable people than me who will have much more to share on the subject, but if you are new to the movement then I hope this will give you a reasonable start.

The meeting felt a bit like starting a new term at school and was less interactive than the average meeting. It started with the Council President welcoming new Council Members and this was followed by a series of presentations which I’ve outlined here: ‘New Ventures’ are essentially new start-up businesses which the Co-op is testing at a very small scale to see whether they are likely to work if more money is invested in them.

Tim Davies and Louise Anderson from New Ventures, started by explaining that the Co-op needs to grow and diversify as a business so it can both increase the Co-op’s profitability and reach more young people. They also highlighted the need to improve how the Co-op presents itself online while providing more opportunities to shop with the business, as a Membership Card is much more than a loyalty card. Digital healthcare is the first new market that the Co-op has entered since 2006.

Council were informed that the Co-op’s decision to sell the bricks and mortar Pharmacy business (the one with stores) was made reluctantly as it was necessary at a specific point in time.  To explain why we’re going in to this venture now, Tim shared some interesting figures with us… 80% of prescriptions are repeat prescriptions, which translates to 800million items in the UK per year. This shows just how big the prescriptions market is and the size of the opportunity that the Co-op has in this area.

What makes Co-op Health different to other online pharmacies, is that the Co-op has a direct link to GP surgeries. By ordering medicines to meet known prescriptions, the Co-op plans to reduce the wastage of medicines which comes from existing online pharmacies over-ordering supplies.

If a Member does wish to stay with their favoured local pharmacy then the Co-op Health app will enable them to make that choice while still using the app to manage their medication. The Co-op’s interest in health also extends to trialing healthcare stations in 10 locations so that Members can check their health in-store.

The service will only cover England for now, but they do have an ambition to look at Scotland and Wales later. England is getting the service first because it already has the electronic prescription system needed in-place.

The main measure of the Health venture’s success, in its early years, will be the number of people who use it; this is because the Health business is essentially a start-up. Some of the main points in the video were that the Co-operative Party exists to influence policy with practical solutions, inspire people with a positive message, and make change happen through standing candidates in elections.

The Party’s work with the Co-op has resulted in an inquiry into abuse against shop staff, and Co-operative MPs on the public accounts committee have pushed the government to better enforce the Act against Modern Slavery. The Co-operative Party has also worked with local government to develop a charter for the prevention of slavery that all councils can sign-up to.

Claire McCarthy then surprised the Members’ Council by announcing that she would be leaving her role as Party General Secretary in August 2019. Council Members took the opportunity to thank Claire for all of her hard work and all she had achieved with the Party during her leadership. Peter Hunt, as the founder of Mutuo, started by explaining how Mutuo began as a co-operative think tank. He then explained that Mutuo’s focus today is upon using their knowledge to change laws. When it comes to laws affecting the co-operative movement, they have worked with the Co-operative Party to secure those changes.

Peter then raised a key question: how can we get capital (investment money) into organisations that can’t raise money by selling shares to corporate investors, because they are member-owned. His argument was that Co-operatives need to have a safe way to borrow while protecting assets like the buildings they own, and protecting one member one vote, or their commercial disadvantage will sink them.

His plan is to get new laws passed which will protect co-operatives from demutualization (being bought-out or turned into a corporate business) if they do issue corporate shares. These new laws would allow investors to buy some shares without getting extra voting rights or gaining control of the business. The investors would be rewarded for buying these shares through interest payments.

The Council President, Nick Crofts, then explained that the next step for the Co-op would be a members’ Council workshop on this share-selling scheme. Nick also advised the Council that this plan would not just benefit the Co-op but could help the whole UK co-operative movement. Jim Cooke from the Co-op Foundation introduced the charity as an organisation whose goal is to ‘help create strong communities working co-operatively to make things better’.

Within their cause, the Belong project will help young people to beat loneliness, and those young people will include care leavers. 63,000 members have chosen to support Belong through the 1% of their 5+1% so far. There will be more news on Belong, but it is just starting-out at present.

Other work by the Co-op Foundation includes the provision of funds to community organisations trying to retain their community assets. 2/3rds of the Foundation’s payments are interest-free loans, while the final 3rd are grants because they are going to groups based within more disadvantaged communities. More than half of the organisations worked with are charitable community benefit societies.

To apply for funding, please see the Foundation’s website, it is getting more competitive though. If your organisation is based outside England then the Co-op might need a different strategy there, as there is no matched funding agreement outside of England. 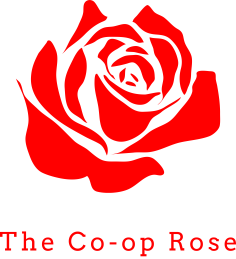